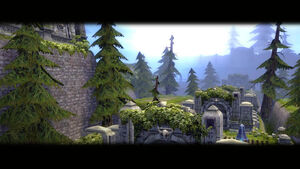 « Back to Daredevil Faire
"Life is a sad, lonely thing, and we've enhanced and multiplied that misery in the Danger Dash! Outsmart traps within the time limit to reap rich rewards!"

Players must complete the track within 4 minutes. Upon 1 minute remaining, a countdown will appear to notify you of the remaining time.

Part 1: Spike Traps
Destroy the three seal stones to open the sealed gate. Getting hit by the spike traps will result in you taking damage.

Part 2: Bombs
Click on all four switches. Being hit by the bombs thrown at you will result in you taking damage.

Part 4: Platforms
Jump only on the platforms specified. If the player jump onto the wrong platform, spikes will appear and knock him/her down. Players knocked down will be able to climb up to attempt this again after breaking a wooden barricade.

Part 5: Hurricanes
Activate the protection stones while avoiding the hurricanes. Being hit by the hurricanes will knock you up and deal damage to you. It's possible to be trapped by them.
Tip: The hurricanes move in an altered pattern. When one hurricane is at the north, the hurricanes beside it will be at the south.