The Adventurer's League Guild Master of Carderock Pass, who looks after the adventurers who come to the area. He loves a good fight and a good wager or three, and remains in high spirits so long as he has time for both.

He's a regular gambler in the Arena, though this function isn't seen in the arena itself, nor does it seem he had much success making money.

To befriend Deckard, you must finish the quest The Awakened Guardian. The gifts Deckard likes are:

Carderock Village is a very special place which is still threatened by many monsters but the people are tough and we took part in the Carderock Resistance! So, here is a good place for adventurers who want to get famous. Well, some people still think this place is just a small local area... 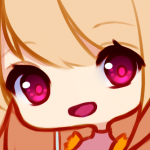