"Lotus Marsh is a humid town covered in swamps. Moss clings to every structure, giving the town an organic appearance. Buildings look as if they could be consumed by the marsh at any moment. Outsiders are openly shunned, and due to hostility between the natives and humans that occupy the town, a hint of tension always hangs heavy in the air, threatening to burst into outright conflict at any moment.

A small population of human-like natives called Dromaji has prospered in Lotus Marsh for generations. The town was once a beacon of cultural exchange between Elves and Humans, but now the Elves are long gone, leaving only the Dromaji and the Humans. Despite the palpable hostility, the Humans and Dromaji continue to coexist, and certain aspects of the separate cultures have begun to coalesce. The Astral Coven has also set up its headquarters in the marsh under the lead of Kasarana, one of the Six Heroes of the Dragon Raid."

The third job advancements can also be taken here at level 45. 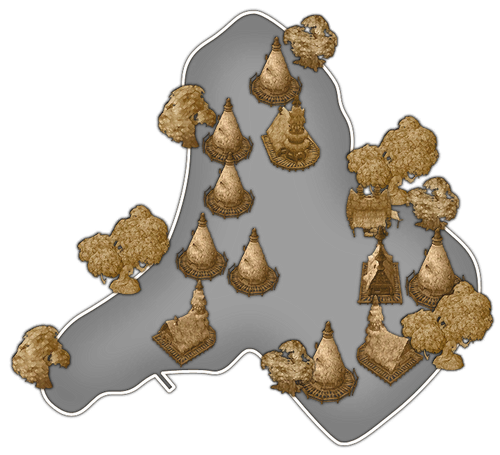