== Description ==
Gender: Male
A powerful and offensive melee fighter. His immense strength and stamina make him a good tanker in battle.

The Warrior comes from Prairie Town. Legend has it that he was brought to the town as an infant by his mother under mysterious circumstances. Even as a young boy, he was always quick and strong. As he grew, he found himself easily outstripping his peers in the arts of war. In his heart though, he always longed for the truth of his birth and his lineage and now finds himself on a path of personal discovery.

The Warrior begins his adventure in Ironwood Village. 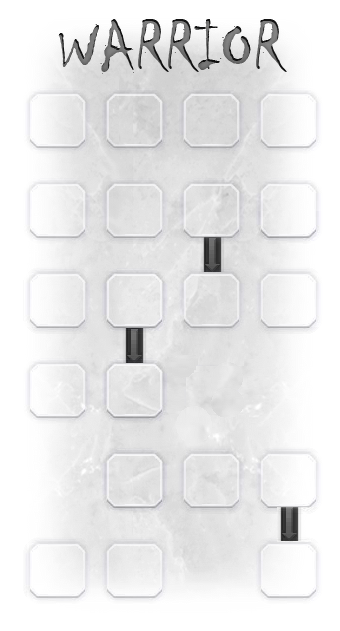 Swordmaster
Swordmaster is capable of both physical melee attacks and long range magic attacks. He uses the sword to deal heavy blows on the target.

Swordmaster has some of the fastest attacks in the game and is a very versatile class, being able to have long chains of combos, range, as well as having a high survivability rate, due to their speed. Whether focusing on their Melee or Wave skill trees, a swordmaster can specialize in destroying enemies one-on-one or dealing consistent damage to a wave of enemies.

Mercenary
Mercenary is armed with powerful super armor destruction powers. His fearless demeanor strengthens his allies and silences the enemies.

Some of the Mercenary's skills are heavier and slower than most other classes, but can bring up devastating effects; easily plow through enemy's superarmor launching or staggering them away. Having some of the highest superarmor in the whole game, a decent mercenary who can make full use of them could become very dangerous. They generally have easier combo ability than Swordsmen, due to the chain ability between their skills and the normal attack of a axe and hammer. Unlike the Swordsman, some of the Mercenary's skills must be activated by a specific weapon. These can either be the Axe or Hammer.

Nearly all of their skills can attack over a large area, but scatter them, it is difficult for them to crowd control unless the player is experienced.

As warrior, your objective is to defend the center with all the boxes and defeat as many orcs as you can within 3 minutes. Once the 3 minutes are up, you have passed the test.